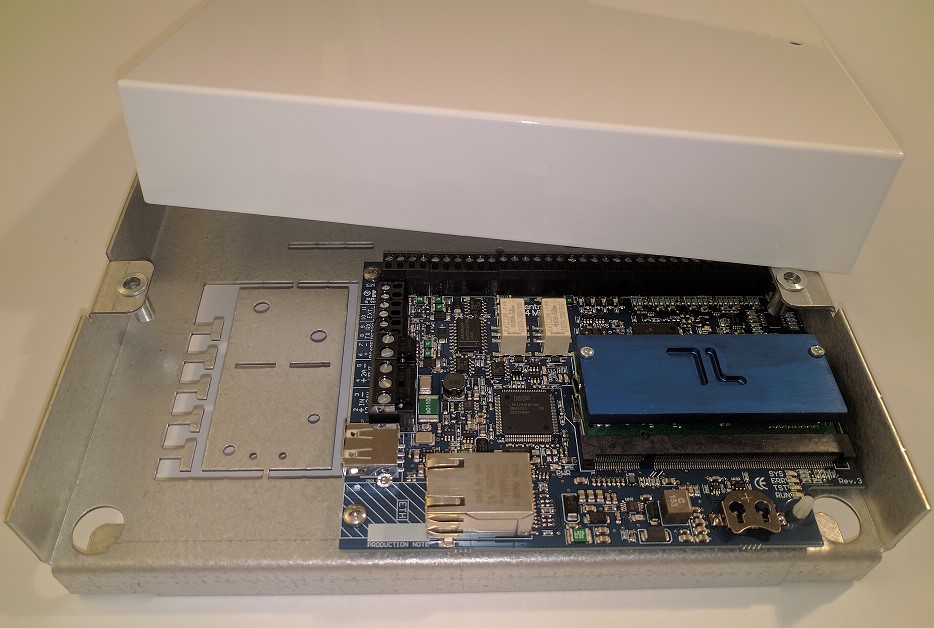 Sentrion Duo is an integrated security system that, besides being “just”, a Sentrion controller, also has a built-in DSS for direct card reader connection, inputs and outputs. Sentrion Duo has, unlike Sentrion S4, only one communication channel (DSS) and is optimized for smaller installations.

Sentrion Duo can also be used as “IP door node” since all functionality is available in the controller. The physical size of Sentrion Duo is adapted to fit in the same enclosure as the DSS products use. Sentrion Duo works in both 12VDC and 24VDC systems and has the same powerful features as its big brother Sentrion S4. You can of course also connect your Sentrion Duo to the management system Pacom Unison.